With the lockdown and closure of gyms, many have turned to home training. When the time came to get equipped, several found themselves in front of empty shelves. For the past few months, Quebec has been experiencing a shortage of sports equipment, whether it is training weights or exercise machines.

Soucy Belgen's general manager, Jasmin Villeneuve, quickly came up with the idea of making cast-iron discs for weight training. This project is perfect for Soucy since the company has two facilities, Soucy Belgen and Soucy Belgen Sainte-Claire, which specialize in metal casting. 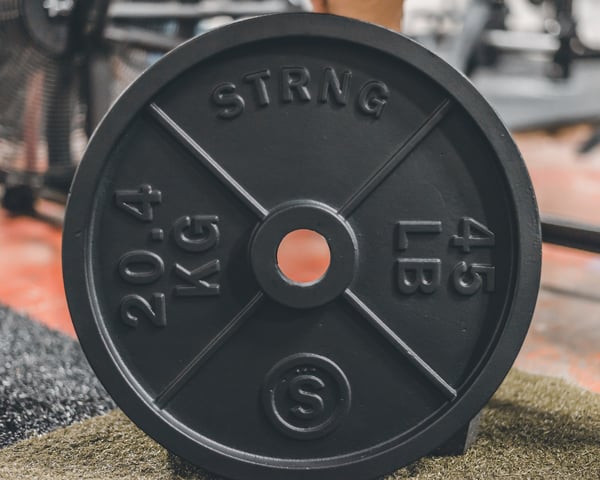 Just before the Drummond MRC went on red alert, Jasmin Villeneuve visited the Institut du Guerrier where he spoke with one of the owners of the gym, François Pellerin. The owner discussed the difficulties experienced in the province in terms of sports equipment supply. The distributors' inventories are empty; no more training weights or plates.

"That's when I suggested that we look into the possibility of making them ourselves at our foundry in Sainte-Claire. He immediately loved the idea. It was on a Friday, October 9. I came back to the office and immediately set up a meeting with our technical team to challenge them to produce our own plates in three weeks! "says Jasmin Villeneuve, General Manager of Soucy Belgen.

It became a mobilizing project for the employees, who quickly took it over. Project managers, metallurgists and modelers have addressed the various challenges. In less than a month, the team produced the first plates ready to be delivered to the client!

A Partnership in Drummondville: From the Foundry to the Gym

Once the manufacturing challenges were overcome, the next question became: how to sell them and what brand to put on them?

"In a discussion with François Pellerin, we concluded that the best idea would be to use his STRNG brand, which is already well known in the training field. We could then use his online transactional platform to sell our plates," explains Jasmin Villeneuve.

At the same time, the foundry's technical team was looking at ways to manufacture the tooling needed to produce the plates in record time. They even used 3D printing to speed up the process. The first parts came off the production line on October 28. After testing the product, some minor modifications were required. Finally, on Friday, November 6, the first plates were produced, painted and ready for delivery.

The partnership between the STRNG brand, the Institut du Guerrier and Soucy makes it possible to offer sportsmen and women 100% Quebec cast-iron discs, a rarity on the market! The discs are currently available in 4.5 kg, 11.3 kg and 20.4 kg weights (10 lb, 25 lb and 45 lb).

To purchase the cast-iron plates, visit the STRNG transactional site.

Return to blog
- Soucy
Related categories:
Expertises General News
Share this article:
Facebook LinkedIn Twitter
Related post
General News
Soucy Techno participates in a program to propel its efficiency!
Soucy Techno has been accepted into the Podiu...
Military
Military Vehicles: Wheels or Tracks?
…or should the choice be something in the mid...
Expertises
Product Development Process: 4 Steps to Be Effective!
The product development process is not a simp...
Expertises
Soucy Rivalair on its way to robotic machining
In September 2020, Soucy Rivalair, along with...