…or should the choice be something in the middle. The benefits of wheels without the disadvantages of steel – that would really be an attractive solution, wouldn’t it?

Land and littoral forces can choose from a wide range of mobility configurations, but that choice has been oversimplified into two classifications – wheels and tracks. The user’s environment and their doctrine play a large part in the selection, but when it comes to high speeds on roads, wheeled platforms are a popular choice when the alternative is a traditional steel track. It is not argued that larger 8x8 wheeled systems offer excellent mobility, are managing greater payloads and have exceptional Mean Time Before Failure rates (MTBF), which is why they are a popular choice for forces traveling long distances on cleared routes.

However, they still have their disadvantages in terms of mobility. Tracked platforms generally offer 20-30% lower Vehicle Cone Index (VCI) than wheels when comparing similar weights. This alternative is more adaptable to operate across varied terrains, including soft sandy ground.

Tracks fundamentally offer a greater surface contact area than wheels, which results in lower ground pressure. This allows tracked platforms to combine other components such as larger weapon systems and protective armour while manoeuvring in soft ground or ever-changing route conditions.

The Benefits of Rubber Tracks

Composite rubber tracks (CRT) go a stage further when compared to steel tracks. They can travel at higher speeds on roads, consume less fuel and cover longer distances before they require refuelling. This is due to the lower rolling resistance inherent with rubber tracks as compared to traditional steel tracks. 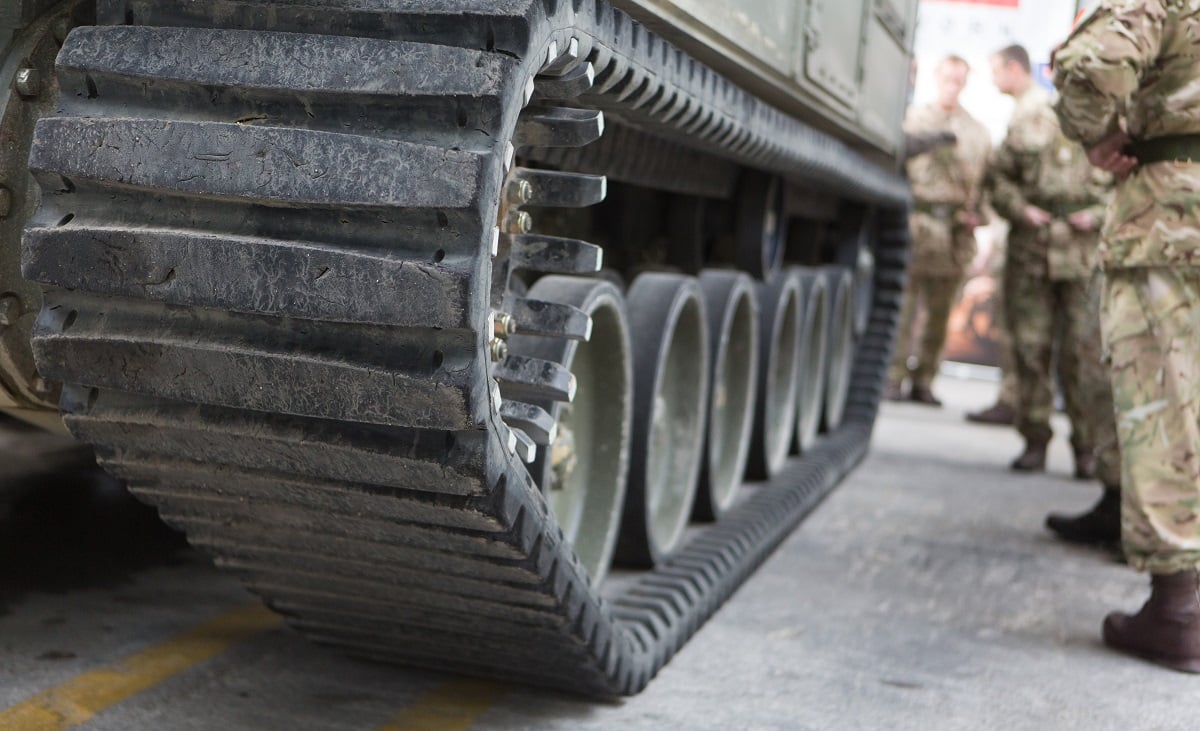 In addition, rubber tracks fitted platforms provide a reduced noise signature while moving. They do not suffer from excessive vibrations generated by track pattern, the vibration caused by a steel sprocket hitting the steel track in order to create the driving force, which affects the operation and reliability of components and results in crew fatigue.

Soucy began developing and implementing rubber band track technology in the 1970s and then by the 1990s started to deliver band tracks to military vehicles. In 1993, Soucy developed the first band tracks for the M113 armoured vehicle. NA-140 was the first series produced vehicles with band tracks.

After that, Soucy equipped the BV206 and BVS10 armoured articulated vehicles and the BRONCO (UK Warthog). But it was Afghanistan with its harsh ever-challenging environment that was the proving ground for the now renamed Composite Rubber Tracks. 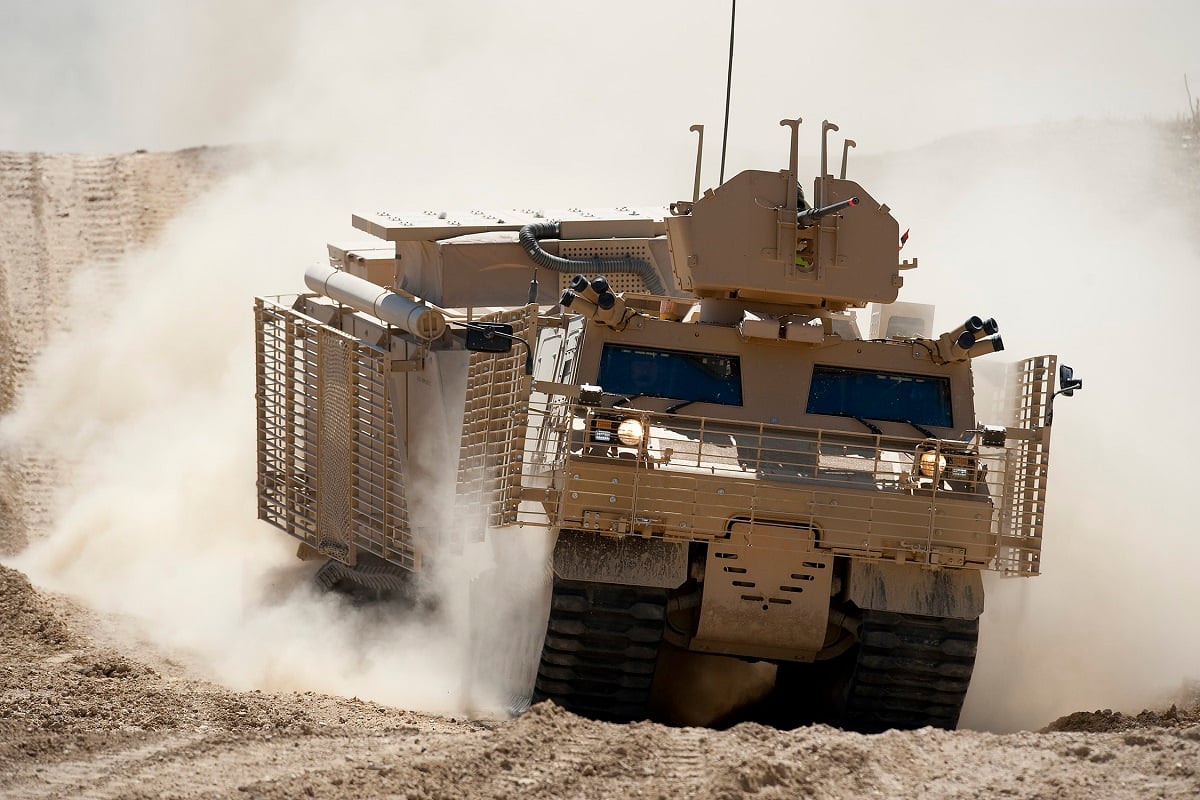 The Norwegian Army started deploying M113 vehicles with CRT to Afghanistan in 2004. Soucy’s Composite Rubber Tracks replaced the T130 tracks on the M113, which weighed half than that of steel tracks. The Danish Army followed with their up-armoured M113G vehicles in 2009. These deployments were critical in the operational testing of Composite Rubber Tracks and have proved themselves in the harshest of environments, in 2010, the Norwegian Army deployed the CV9030N IFV to Afghanistan with CRT. This was a first in terms of GVW in excess of 30mT.

Today, continuous development by Soucy has meant an increased capability into the heavier end of Medium Armour, as can be seen on Hanwha’s Redback. Soucy now has compounds that can support 50mT and are increasing that threshold to 55mT by 2023. If Composite Rubber Tracks have previously not been considered appropriate for medium armour, surely these statistics must confirm that CRT has become an appealing alternative to conventional steel tracks.

Thanks to the demand for increased durability and weight saving from many Land Forces and Original Equipment Manufacturers (OEMs), steel track manufacturers are having to use stronger and lighter materials, driving up costs. Composite Rubber Tracks are becoming the solution of choice for new programs. For armoured vehicles in the 5-50 mT range, where mobility, equipment life and the soldier is important, Composite Rubber Track is a capability multiplier.